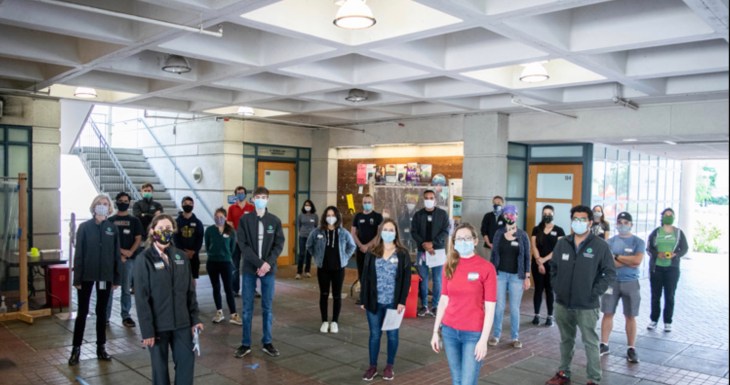 Scientists from the University of California, Berkeley, have begun trials of a new spit test for COVID-19 infections developed by the university’s Innovative Genomics Institute.

Since the disease was first identified on U.S. shores, the Berkeley research institute led by the trailblazing CRISPR researcher Jennifer Doudna has worked tirelessly to bring innovative methods to diagnose and process viral samples and develop potential treatments for the disease to production.

The new saliva-based samples that the university is trialing would obviate the need for trained medical staff wearing personal protective equipment to conduct tests to determine whether an individual is infected.

If the study proves that the new testing method can work as well as nasal swabs, then the Berkeley campus will be able to increase testing of students, faculty and staff ahead of the beginning of the school’s fall semester in late August, according to a statement from the University. Jennifer Doudna talks with Alex Ehrenberg, a graduate student in integrative biology who is helping organize the FAST trial of saliva tests for COVID-19. (UC Berkeley photo by Irene Yi)

“At Berkeley, we hope to bring at least some of our undergraduate students back to campus safely in the fall, and one way to do that is to provide them with asymptomatic regular testing, so that we can be monitoring their health and insuring that they are not transmitting the virus,” said Jennifer Doudna, who spearheaded the pop-up diagnostics lab and the saliva testing, in a statement.

Doudna thinks the tests could be conducted in as little as five or six minutes. The study is already open to faculty, staff and students who can sign up to participate in the Free Asymptomatic Saliva Testing study on the institute’s website.

“As opposed to swab testing, saliva testing is a lot simpler and allows people to literally spit into a tube,” Doudna said. “We think it will take about five or six minutes as they pass through our testing center here, so we hope to make this very painless, easy and simple for people to come by and get tested.”

Graduate students, faculty and staff who are authorized to work on campus can sign up to participate in the Free Asymptomatic Saliva Testing (FAST) study on the IGI website.

The tests rely on polymerase chain reactions which have already received Emergency Use Authorization for at-home testing from the Food and Drug Administration.

Using the CRISPR-Cas proteins, whose application for genetic engineering was pioneered by Doudna and her fellow researchers, the IGI is working on a less expensive, point-of-care home test that could give people results in minutes without the need for a laboratory analysis.

The Innovative Genomics Institute was founded by Doudna in 2014 and by Berkeley and the University of California San Francisco to advance CRISPR-based genome editing.

Earlier in June, the institute brought a new robotic handling system to accelerate testing capacity for the disease to 1,000 tests per day, according to a statement from the University.

“When the pandemic hit, we asked ourselves, ‘What do we as scientists do to address the COVID-19 health emergency?’” Doudna said, in a statement. “That effort has focused on testing. We set up a clinical laboratory, we are now getting asymptomatic saliva testing going for the UC Berkeley campus. We hope that if it works well here, we can help disseminate this strategy elsewhere.”

China’s Tianwen-1 Mars spacecraft: Everything we know about the daring mission – CNET

The islands that want tourists as well as fish

Colleges Prepare to Test Thousands of Students for Covid-19

Coronavirus: The British-Pakistani doctors saving lives in both countries

Should I buy a new MacBook now or wait for Apple silicon? – CNET

Level up your WFH setup with the right tech accessories